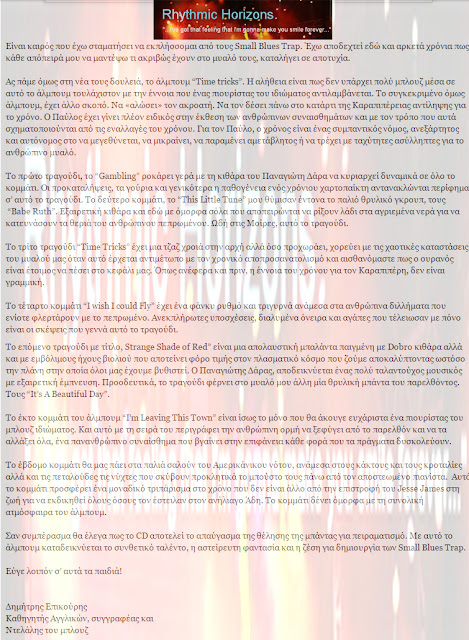 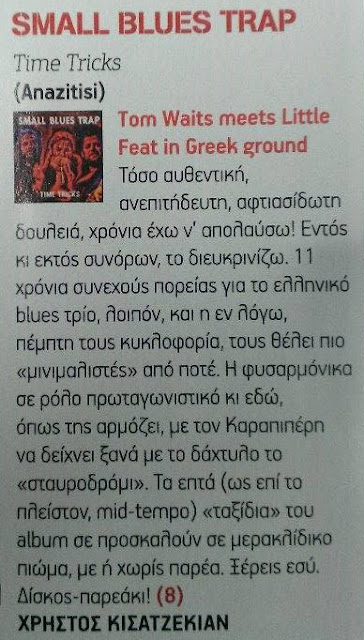 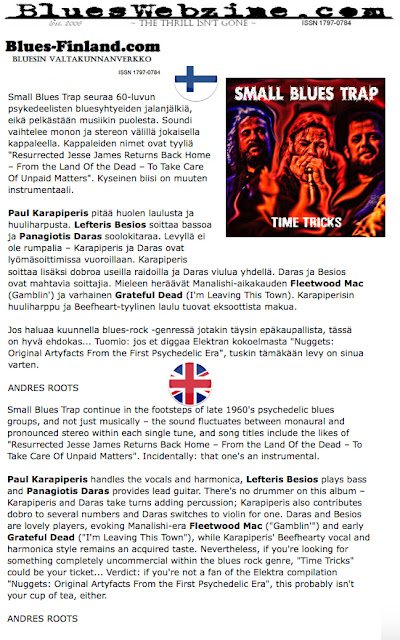 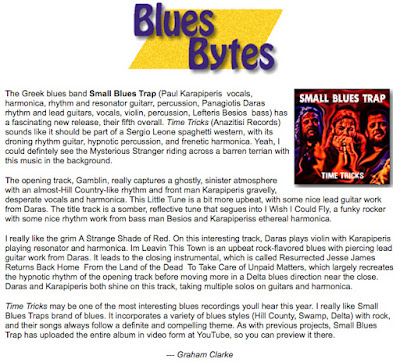 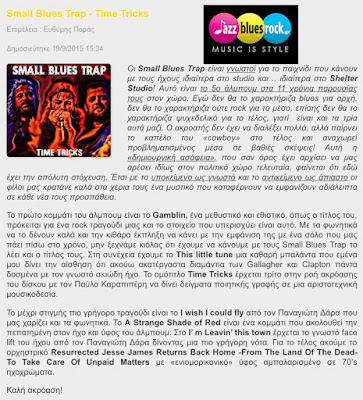 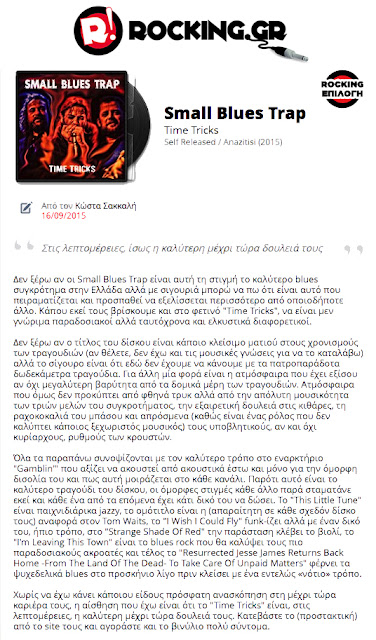 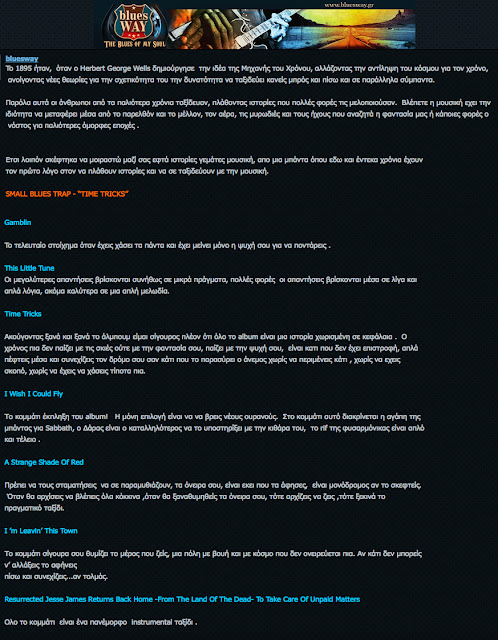 BLUES IN THE SOUTH 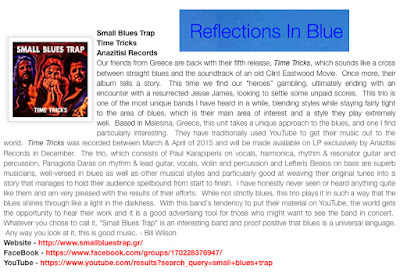 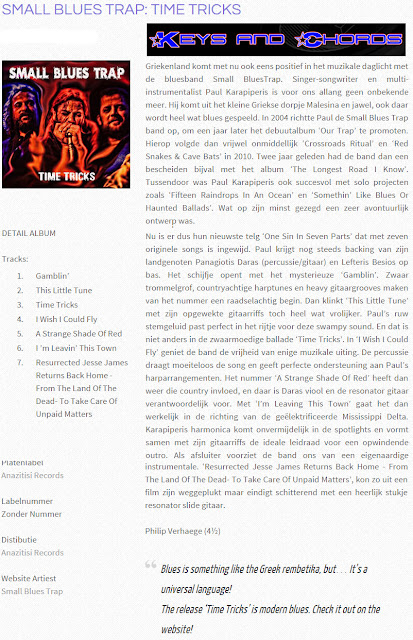 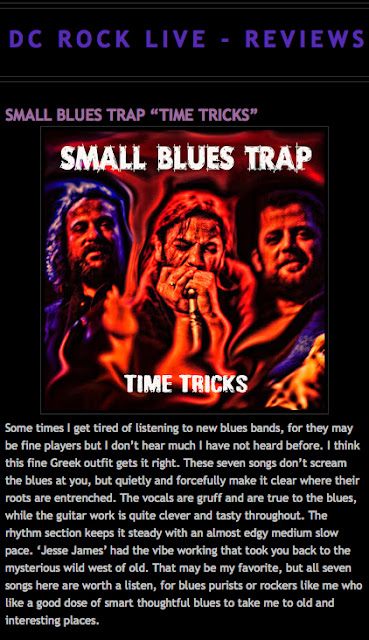 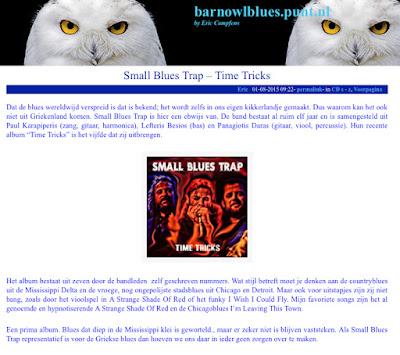 ENG
That the blues is spread worldwide is well-known; it is even made in our little country. So why shouldn’t it come from Greece? Small Blues Trap is one example. The band has been around for more than eleven years and is composed of Paul Karapiperis (vocals, guitar, harmonica), Lefteris Besios (bass) and Panagiotis Daras (guitar, violin, percussion). Their recent album "Time Tricks" is their fifth.

The album consists of seven selfwritten songs. Considering their music style you should think of the country blues of the Mississippi Delta and the early, still unpolished city blues from Chicago and Detroit. But they are not afraid to go outside this path, p.e. the violin in “A Strange Shade Of Red”, or the funky””I Wish I Could Fly. My favorite songs are the already mentioned and hypnotic “A Strange Shade Of Red” and the Chicago Blues “I'm Leaving This Town”.

An excellent album. Blues rooted deep in the Mississippi clay, but it didn’t stick there. If Small Blues Trap is representative of the Greek blues than we do not need to worry about that at all. 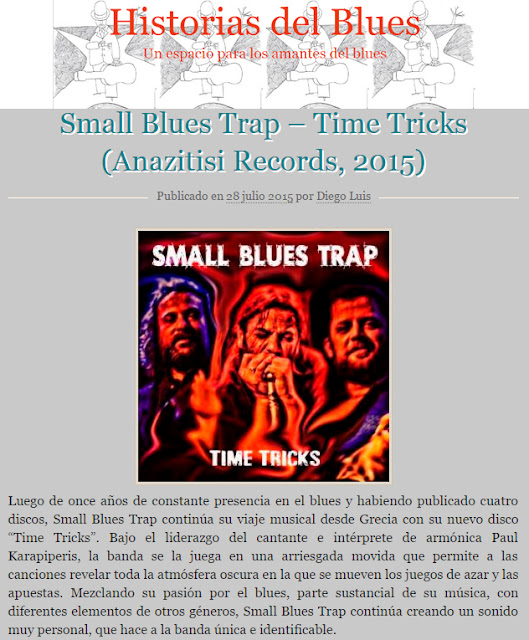 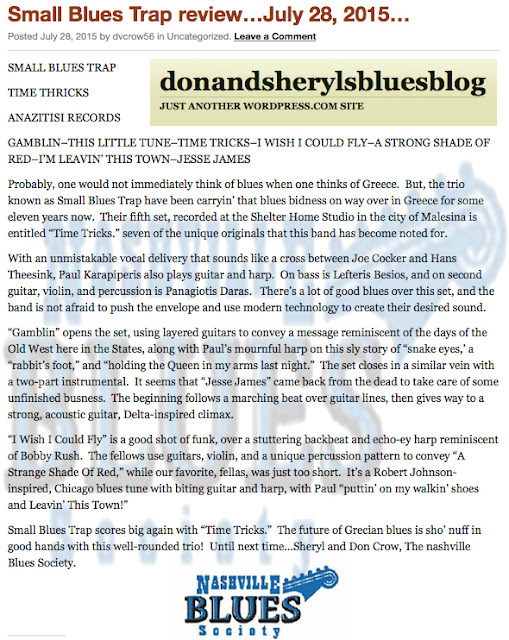 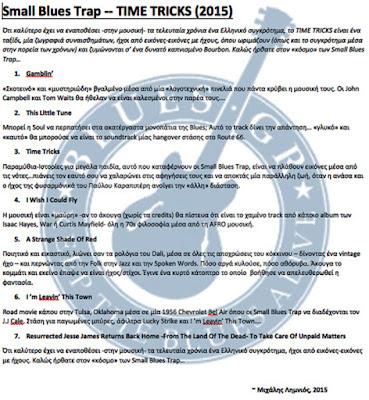